All of Finnvera’s operations are based on the principle of financial responsibility: It strengthens the operating potential and competitiveness of Finnish enterprises and offsets shortcomings in the supply of financial services.

By implementing its basic mission and by managing its own business responsibly, Finnvera has an impact on the development of the entire Finnish economy: 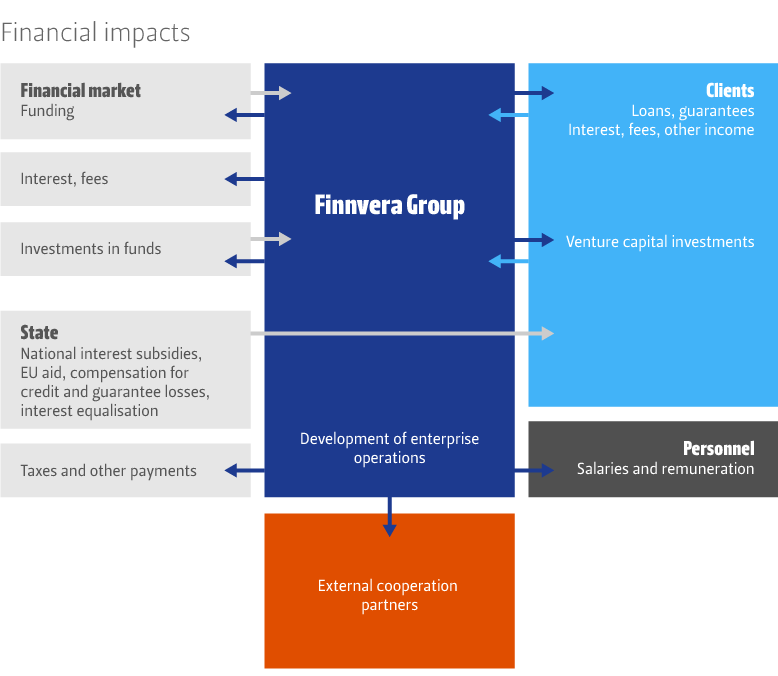 Self-sustainability and capital adequacy as the foundation for financial responsibility

Finnvera’s capital adequacy must be sufficient in order to ensure the company's ability to bear risks and to keep the costs of funding as reasonable as possible. The company must plan its operations so that it can maintain a capital adequacy ratio of at least 12 per cent. At the end of 2014, the capital adequacy of the Finnvera Group was 18.6 per cent. The year before, the corresponding figure was 16.9 per cent.