In SME financing, the financing needs are mainly associated with either working capital or investments. However, the need for financing varies and depends on enterprise and project size and on the stage of the enterprise’s life cycle.

A starting enterprise seeks financing for initial investments and launching its operations, such as for the acquisition of the initial inventory or investments in furnishings. The average financing or guarantee for a bank loan granted by Finnvera to a starting small enterprise is about EUR 25,000.

Enterprises operating on the domestic market often seek financing not only for working capital but also for investments in machinery or for various situations of change, such as changes of generation or other ownership arrangements.

A growth enterprise may need financing, for instance:

An internationalising enterprise needs to finance expansion outside Finland, for instance through a company acquisition or by establishing a subsidiary, a joint venture or an office abroad. Aside from working capital, Finnvera provides financing for both pre-delivery and post-delivery security associated with the export transactions of internationalising enterprises and for their working capital needs.

The financing or guarantee offered by Finnvera for international growth is on average EUR 800,000–900,000. Needs vary, however, and the largest individual cases of financing may be several millions of euros.

"No profitable project should remain unrealised for lack of financing." 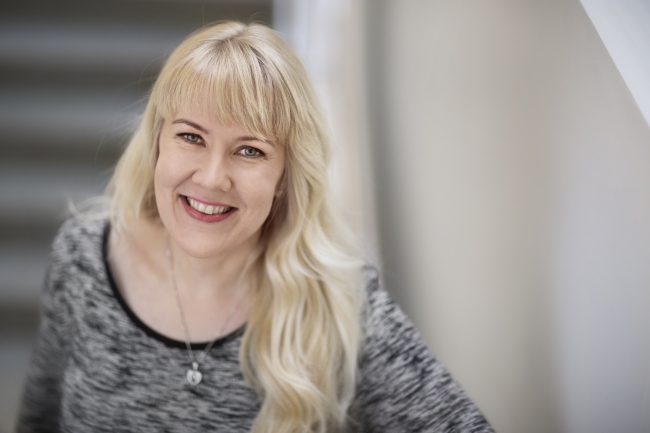 Finnvera shares risks with other providers of financing, and banks play an important role in financial arrangements. Before the financing decision, Finnvera assesses the enterprise as a whole, its potential for success, business, competitiveness and the ability to manage its financial obligations. The decision on financing and Finnvera’s contribution is made on the basis of this analysis.

Each year, Finnvera receives about 20,000 applications from SMEs. About 80 per cent of these get a positive financing decision. Applications may be rejected due to, for example, an insufficient share of the necessary self-financing, problems in the entrepreneur’s or enterprise’s credit history, a tough competitive situation in the respective sector or because the enterprise is not considered to have the prerequisites for profitable business.

At the end of 2014, the outstanding commitments for SME financing stood at EUR 2.8 billion (2.9 billion).

The fact that the number of bankruptcies has remained at a high level is an indication of the challenging economic situation. In 2014, a total of 497 client enterprises went bankrupt (481). Among these, the commitments for Talvivaara were the greatest.

Of the SME financing granted, a larger share than before was used for working capital and for the rescheduling of payments. The volume of financing needed for investments and company reorganisations was less than in 2013.

The value of financing granted to local small businesses in 2014 totalled EUR 116 million. This was 3 per cent more than the year before.

The volume of financing granted by Finnvera to enterprises operating on the domestic market totalled EUR 437 million during the period under review. This was about 47 per cent more than in 2013. During 2014, Finland had eight areas of abrupt structural change. Together with other public and private actors, Finnvera provided a total of EUR 69 million in financing for these areas.

Financing for growth and internationalisation granted in 2014 came to EUR 440 million. This financing increased by 6 per cent on the previous year.

In June 2014, the Government authorised Finnvera to subscribe bonds issued by enterprises meeting the EU’s definition of an SME. In late 2014, this authorisation was expanded, and since the beginning of 2015, Finnvera has been able to finance enterprises that are larger than the EU’s definition of an SME, up to a turnover of EUR 300 million. The total maximum sum of these subscriptions is EUR 600 million.

So far SMEs have floated few bonds in which Finnvera could have participated.

During the period under review, working together with Finpro and Tekes, Finnvera launched the Team Finland LetsGrow financing programme intended to encourage growth enterprises to internationalise. Finnvera continued the SME Export Finance Programme, launched in 2012. The aim of the programme is to inform SMEs of the various tools available for financing exports.

Late in 2014, the SME Financing Unit prepared a new credit policy. In consequence, as of 2015, Finnvera is able to offer increasingly flexible financing solutions especially for starting enterprises that have been in business for less than three years and for enterprises seeking growth through internationalisation. Lack of collateral is often the explanation why a company does not get financing from a bank. For this reason, Finnvera will gradually increase its unsecured financing during 2015.

Finnvera’s new regional organisation kicked off in September 2014. At the same time, two new units were established: a national team for managing the financing needs of growing and internationalising enterprises, and a Service Centre to manage the financing issues of small enterprises. Through constant development of our operations, we want to give SMEs increasingly better financial services.