A year of divergent events

The year 2014 started on a more positive note than the past years, but political crises quickly blurred the outlook again. Fortunately, the global economy seemed to regain some of its momentum at the end of the year.

Finland appeared to lag behind the economic development of the rest of Europe. Investments were at a low ebb, since many entrepreneurs and companies did not see the Finnish investment climate as favourable. Export orders kept rising and falling throughout the year but a few large orders for ships – which Finnvera also helped to finance – improved the order books towards the end of the year.

The Finnish financial markets operated better than some individual opinions would suggest but were still unusually polarised in 2014. In particular, smaller companies had financing difficulties if the company’s balance sheet structure had weakened. Demand for export financing remained at a high level.

Finnvera’s opportunities to provide financing for enterprises were improved through both legal amendments and Government decisions, especially during the latter half of 2014.

The cautious and anticipatory atmosphere caused by the general economic situation was reflected in the operations of companies and, through our clients, also in our own operations. Demand for SME financing was at the same level as the year before and focused increasingly often on working capital and on the rescheduling of previous credits. The deal flow of our venture capital investments was more or less the same as in previous years despite the fact that these operations will be transferred to Tekes within the next few years.

During the period under review, Finnish exports fell below expectations. The decline in Russia’s economic growth since 2012, the collapse of the rouble and the dispute between Russia and Ukraine pose problems to Finnish enterprises exporting to the Russian market. These problems were reflected in the demand for our export financing. Finnvera participates in the financing of cruise vessels that will be delivered by the Turku shipyard to TUI Cruises GmbH. This, in turn, increased the volume of guarantee offers given.

Many of our client enterprises did well and found new customers. However, the number of bankruptcies remained high, which is another indication of the challenging operating environment and economic situation. Since most of the commitments pertaining to Talvivaara company, which filed a bankruptcy petition during the period under review, had already been written down earlier, new major write-offs were avoided. As a result, the Finnvera Group’s financial performance was better than anticipated, but still remained below one per cent in relation to the greatly increased commitments.

On an equal footing with competitor countries

The government greatly improved Finnvera’s possibilities to provide public financing. Thanks to the amendments made to legislation and commitments, we can increase our risk-taking in both SME financing and export financing.

Financing through bonds, guaranteeing large enterprises’ domestic investments relating to exports, and the possibility to provide financing for enterprises larger than the SME definition applied by the EU, diversified our selection of means. Once the bill on the refinancing guarantee is passed, we can state that, in terms of authorisations and financial instruments, we are on the same level as our principal reference countries, such as Sweden and Germany.

One of our goals is to identify growth companies and encourage them to grow internationally. In order to accelerate this process, together with Tekes and Finpro, we launched the Team Finland LetsGrow programme, which provides financing and advisory services to help companies implement their own plans aimed at internationalisation. We also continue the SME Export Finance Programme, organised together with banks. Its aim is to inform SMEs of the various opportunities available for financing exports.

With respect to enterprises operating on the domestic market, our principle is to share risks so that a bank or some other private provider of financing, such as an insurance company, is the principal source of financing. In particular, we focus our financing on situations of change within companies and on the financing needed by start-up enterprises during establishment.

Each year, together with banks we share risks in thousands of projects. We continue our efforts to ensure that our financing has the maximum impact and is allocated to the most important uses in view of industrial policy. We want the client experience created by our services to be the best in its reference group and we want our cooperation with both private providers of financing and our public sister organisations to be seamless.

I would like to thank our clients, partners and all of our stakeholders for their trust and constructive cooperation. Thanks also go to Finnvera’s personnel, whose efforts help to write new Finnish success stories. Our objective is that our joint efforts lead our clients – Finnish enterprises – to successful business.

"Each year, together with banks we share risks in thousands of projects." 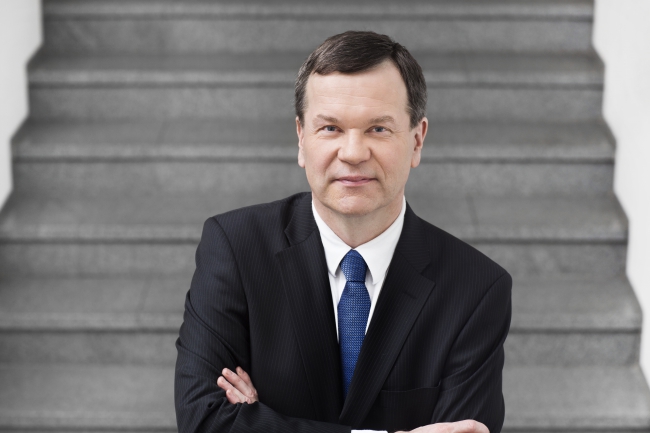